Who was Dox Thrash?

An influential artist and activist who lived and worked in Philly from the late 1920s until his death in 1965.

In 1937, Thrash became the first African American to be employed by the Fine Print Workshop in Philadelphia, a division of the WPA Federal Arts Project, where he invented the carborundum mezzotint process, hailed as the most significant technical development in printmaking since the development of lithography in the late 18th century.

What is the significance of the Dox Thrash house?

Around World War II, as more African Americans moved north during the Great Migration, the Sharswood matured into a hub for Black artists, intellectuals and activists influenced by the Harlem Renaissance and New Negro movement.

Thrash’s house stood right in the heart of Sharswood and in the mix of legendary spots where jazz greats like John Coltrane and Duke Ellington performed. And it was a short distance from the Pyramid Club, a preeminent social club for Black professionals and an exhibition space where Thrash showed his work.

What has happened since his death?

A powerful Black activist presence carried on in Sharswood. An impressive list of activists including Malcolm X, Martin Luther King Jr., Cecil B. Moore and Leon Sullivan had ties to the area, marching, speaking and organizing for civil rights nationally and locally, including pushing for the desegregation of Girard College.

After the 1964 riots along Columbia Ave, the neighborhood was characterized as dangerous and violence-prone, rhetoric reinforced by the media and the Philadelphia Police Department.

After decades of struggle, the PHA’s Sharswood Blumberg Choice Neighborhoods Transformation Plan, underway by 2016, included imploding the massive Norman Blumberg Apartment towers and condemning hundreds of commercial and residential properties, dozens of which were occupied. Some saw the effort as an attempt to further sever the community from its history.

“The whole redevelopment project in itself was a way of erasing the history from that community…without acknowledging how the community came to be the way it was,” said Rasheedah Phillips, an activist, artist and housing attorney in Philadelphia who started the Black Quantum Futurism Collective (BQF).

Maya Thomas, Dana Rice and Chris Mulford bill themselves as Dox Thrash House Project. Rice describes the entity as an “informal preservation group” that has tasked itself with the dual goal of keeping the house standing and seeing that it is eventually put back in service to the Sharswood community.

In 2016, BQF received funding to open Community Futures Lab, which loaned space to Dox Thrash House Project so it could present a series of community workshops sharing information about the history of the house and the group’s vision for the future, opening up a dialogue with the community and providing a chance for people to offer input.

“The issues that Dox Thrash was dealing with in the ’40s and pre-civil rights, those same exact issues we’re still dealing with today.” Rasheedah Phillips

The project has four phases. with fundraising for acquisition complete.

Programming: Partner with a local nonprofit that will take on the occupancy of the building in the long term

Where can I get updates?

Sources: The bulk of this content is directly from whyy, with some light editing:
Black Futures Campaign is crowdfunding $100,000 to buy Dox Thrash house

with additional information from:
Save The Historic Dox Thrash House 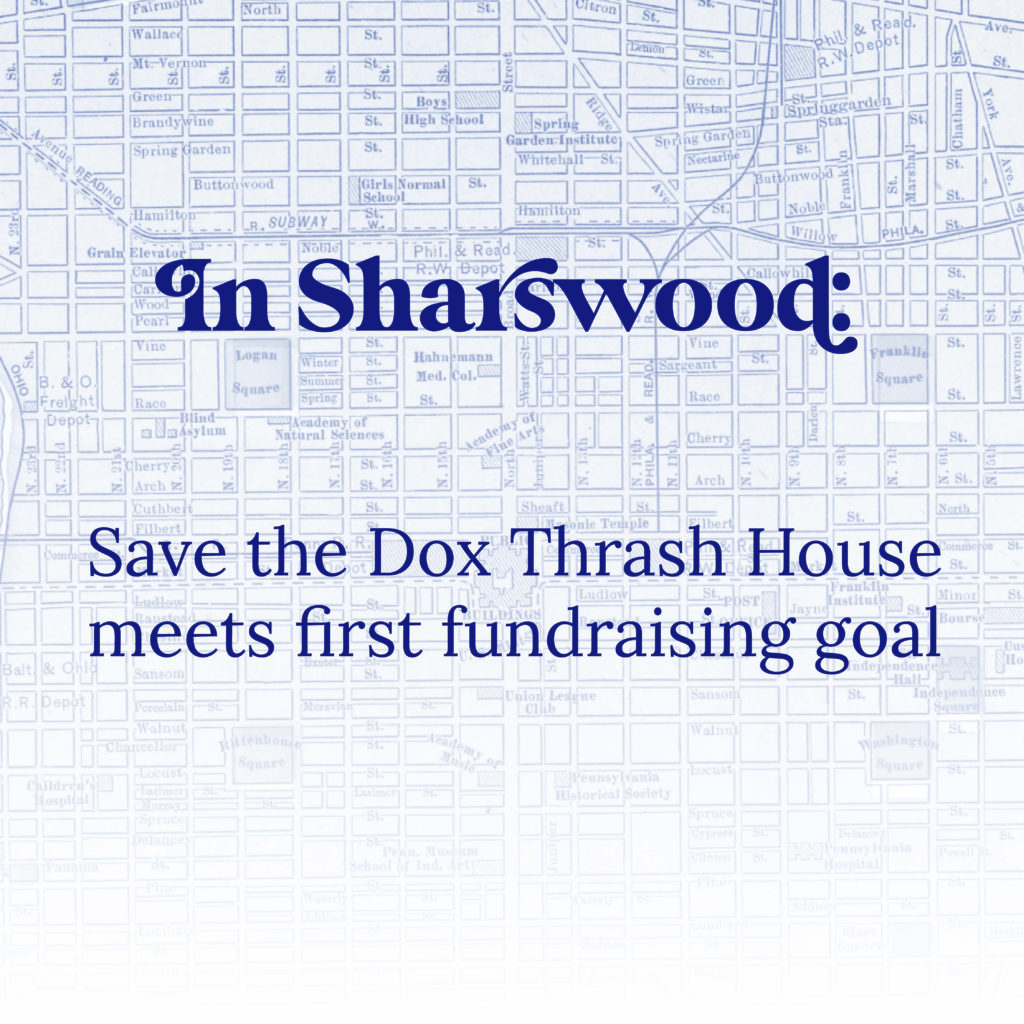 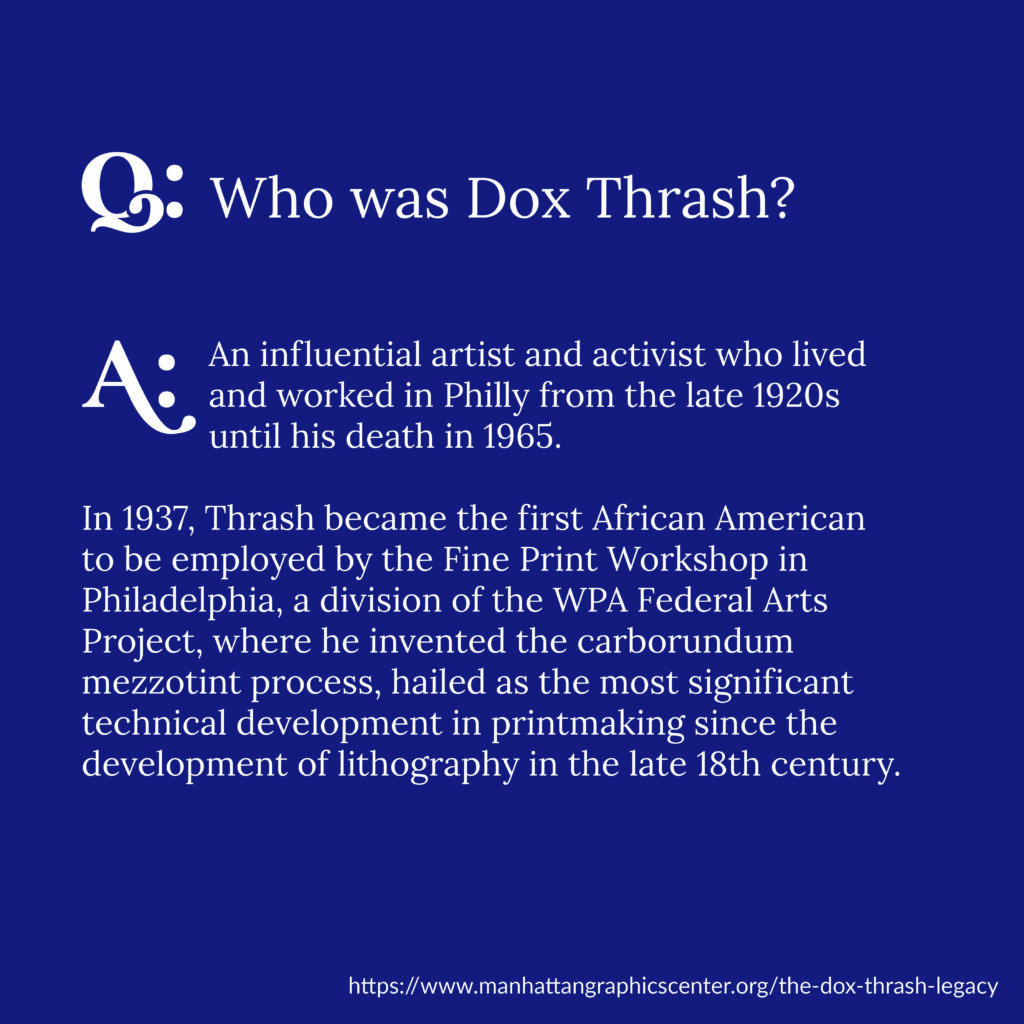 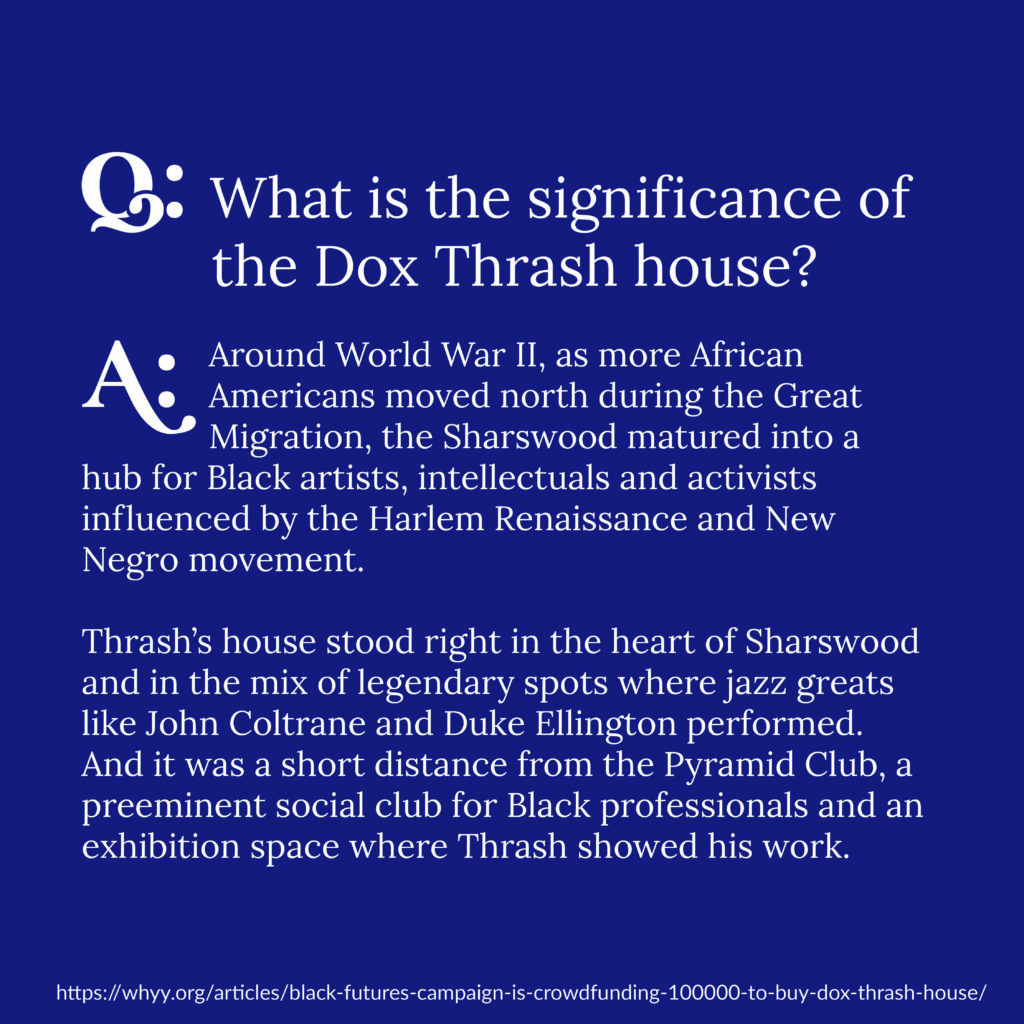 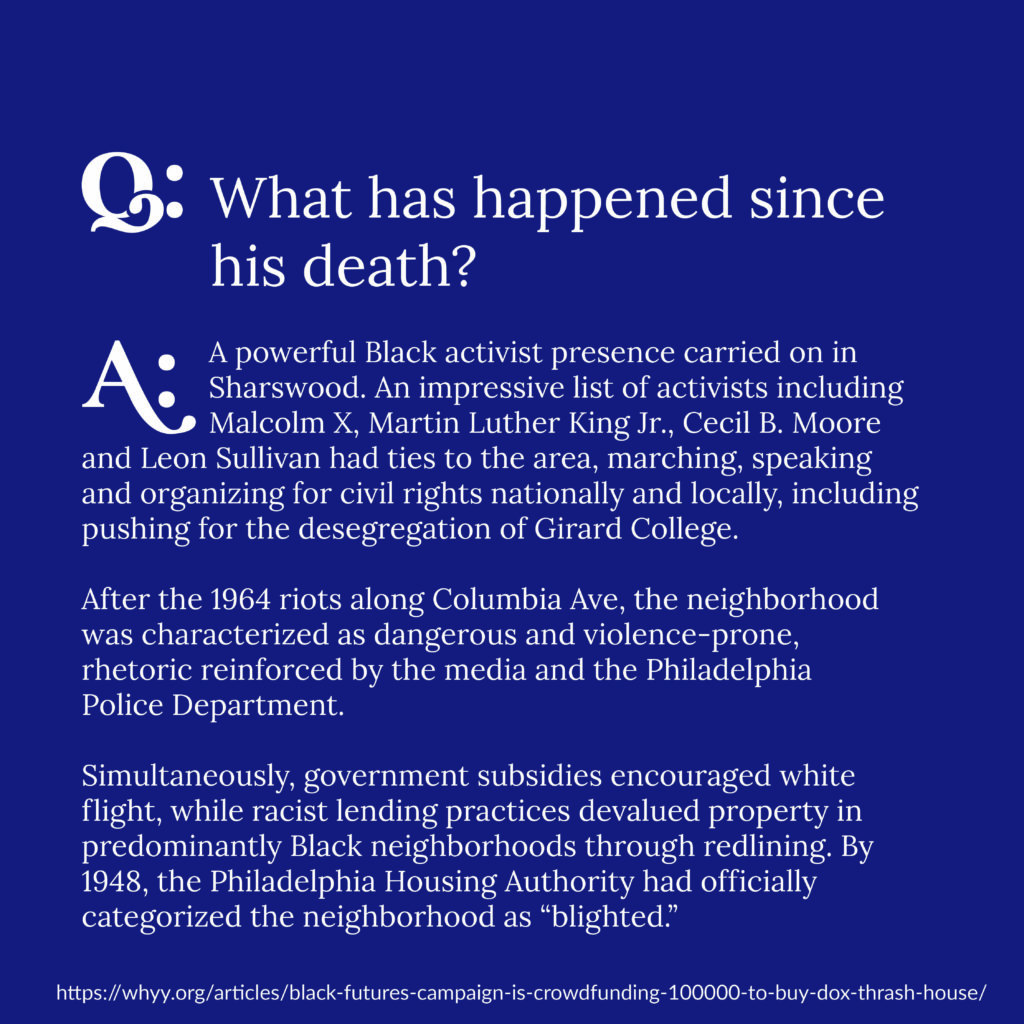 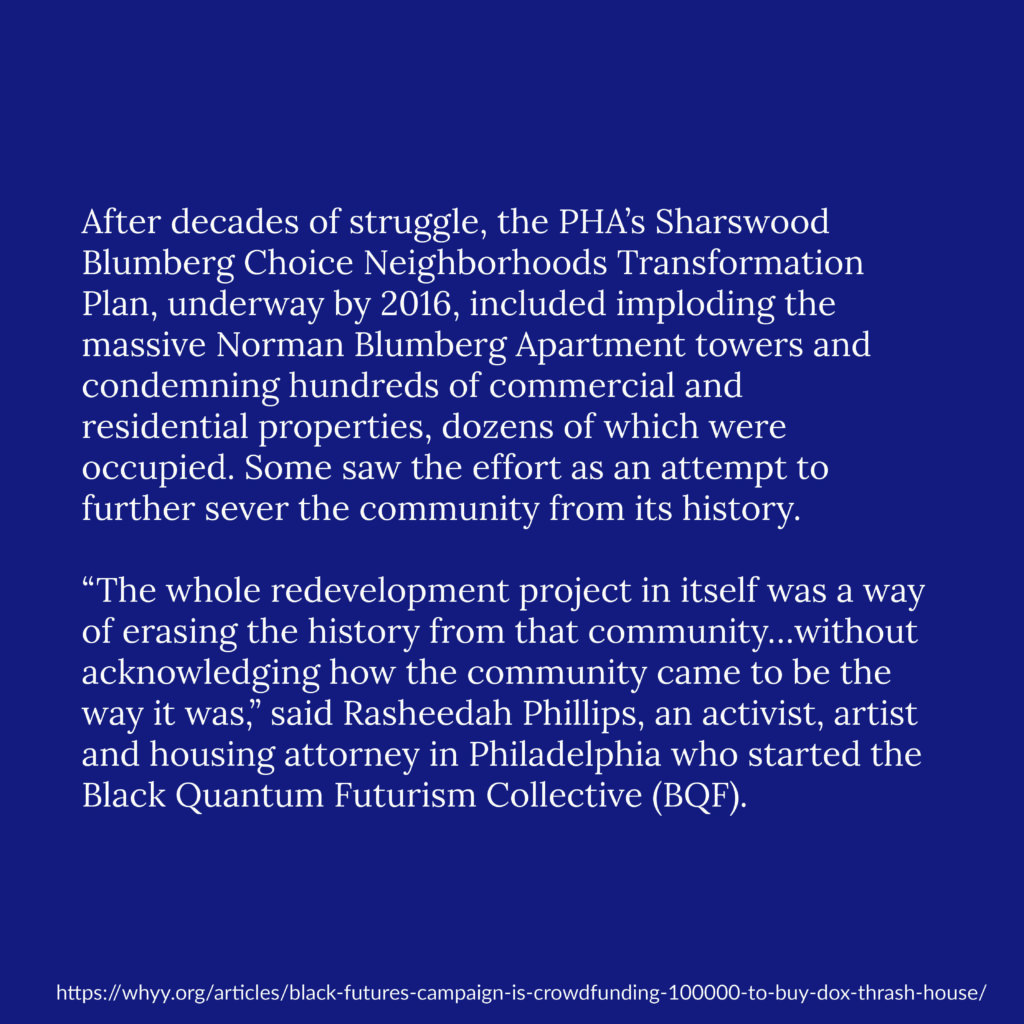 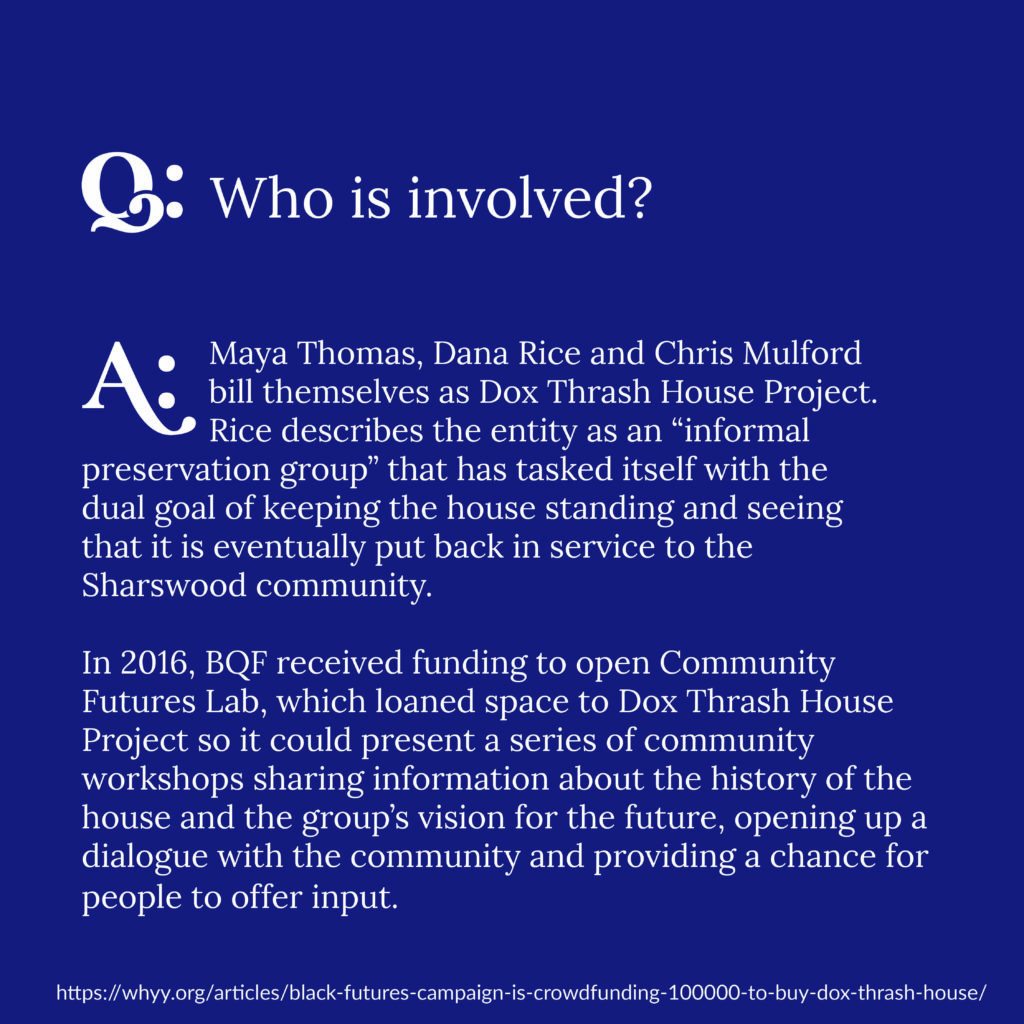 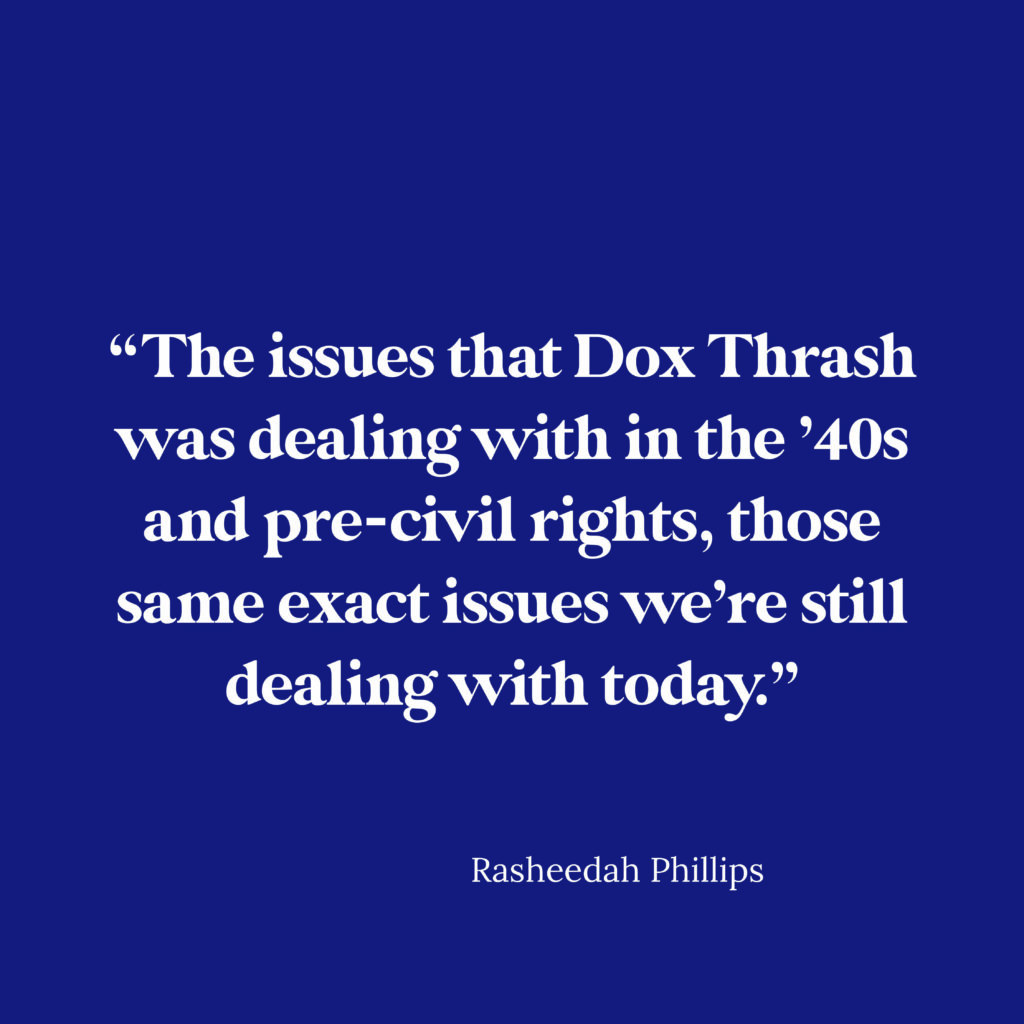 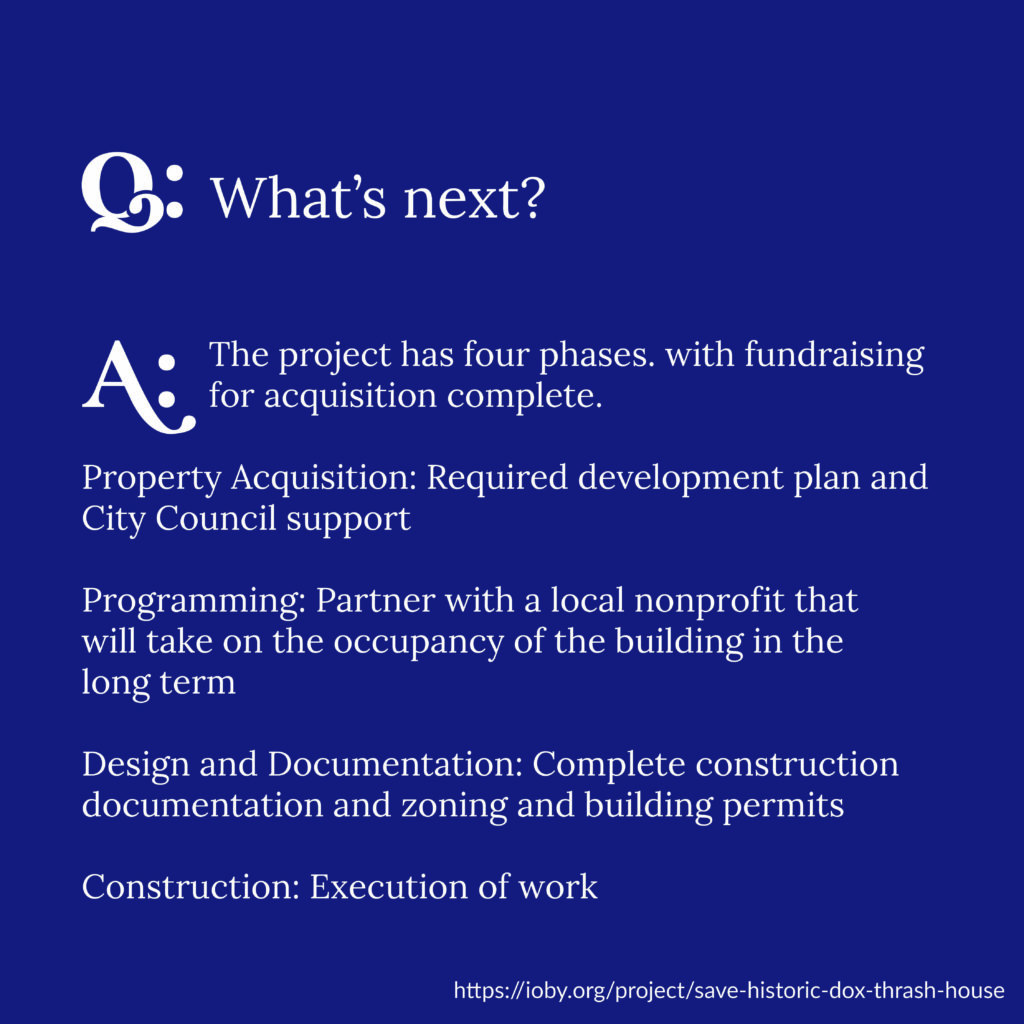 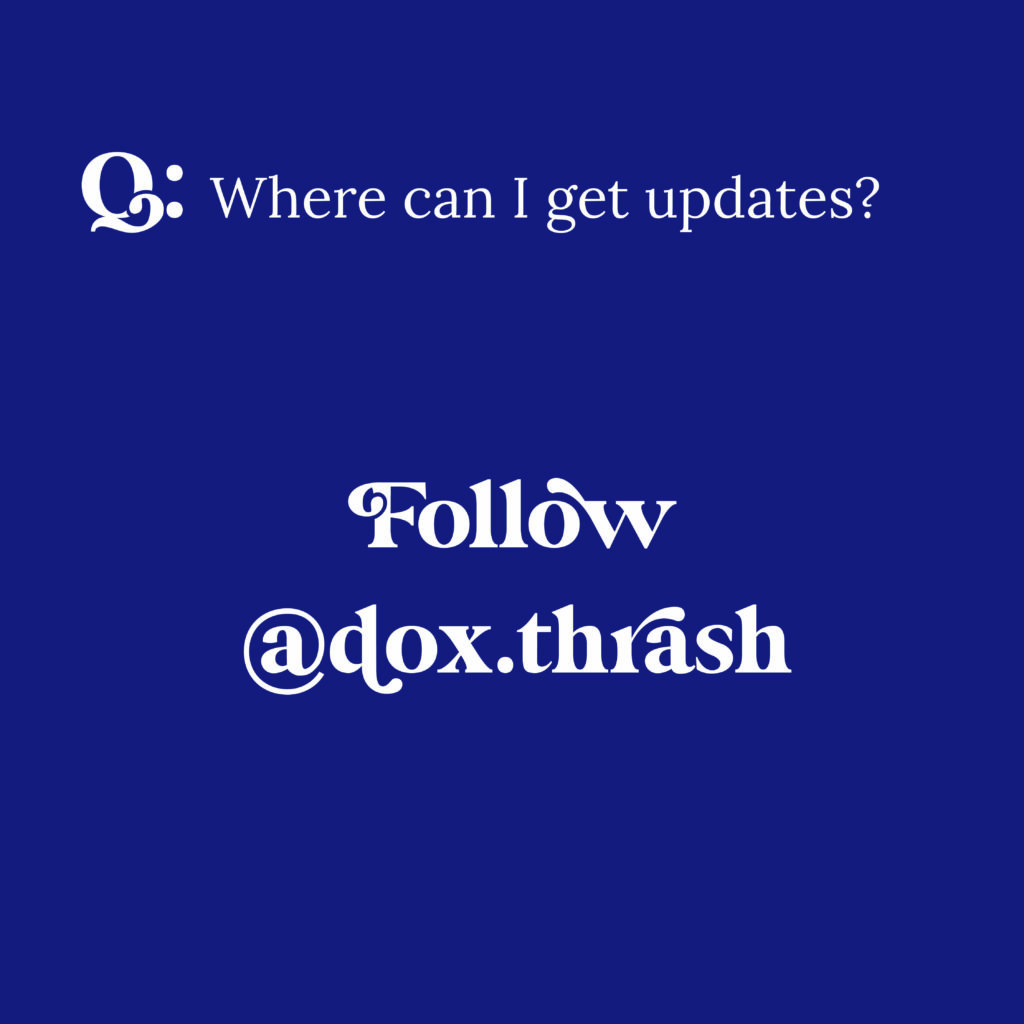 Using a screen reader or other device? If you run into any problems accessing information on this site, please let us know: [email protected]

Got a question? Drop a line here…