For $215K, Fishtown ‘tiny home’ makes a lot out of little space

The owners of 2134 E Tucker St knew they had created something that was not just another row home and it was important to them to be featured on Curbed, so we made it happen: 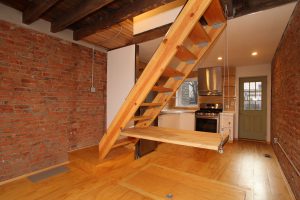 The tiny home craze has amped up in recent years, with small houses (meaning less than 600 square feet) popping up in all kinds of climates and styles across over the country.

And yet, despite their national appeal, tiny homes are still a rarity in Philly. That’s why, when one like this East Tucker Street spot drops on the market, it’s extra exciting.

The listing calls the 600-square-foot home “efficiently designed” and it’s easy to see why; every bit of the space is put to use, starting with the front room that is equal parts living space and kitchen. Brick walls and exposed beams accent the room, but the real draw is the wood staircase, which has a drop-down kitchen table that folds back into the stairs when you’re done eating.

There’s even a basement which is accessible through a trap door to cut down on extra floor space.

Upstairs, the industrial style really shines, with metal and wood closets, more exposed beam and brick, and barn doors (which also serve to cut down on space). There are even two bedrooms on the second floor, which feature exterior windows as well as interior windows that catch the natural light from adjacent rooms. The place was renovated last year and offers one second-floor bathroom and laundry. 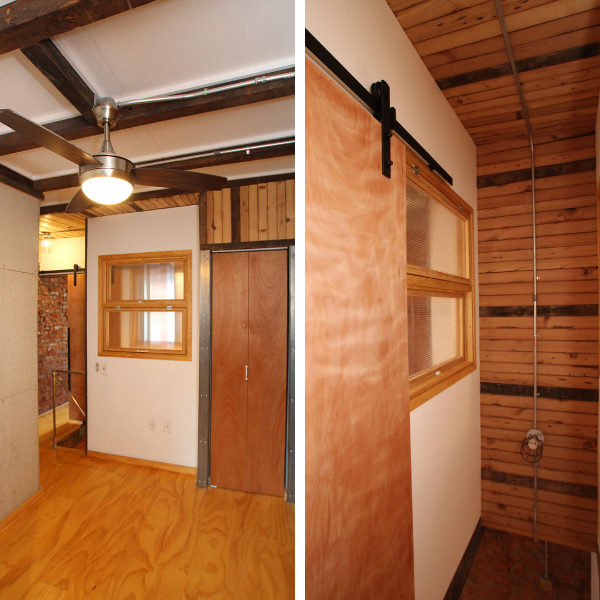 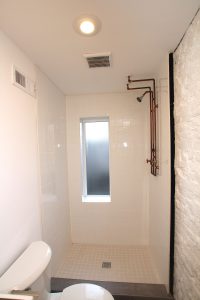 Got a question? Drop a line here…